Growing Up With Mickey

Here are some 2nd birthday pictures (from 3+ months ago). 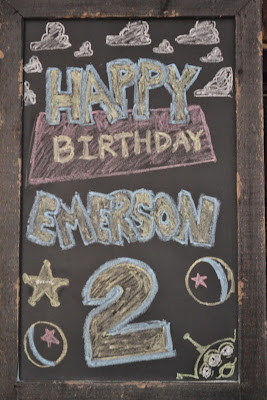 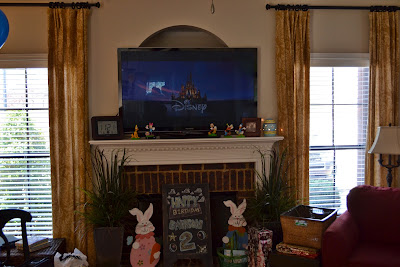 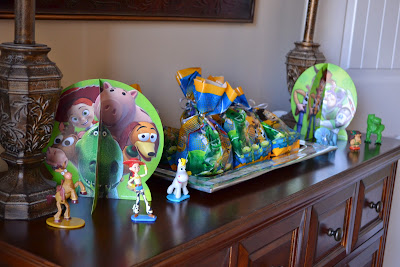 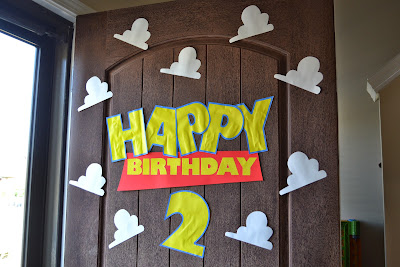 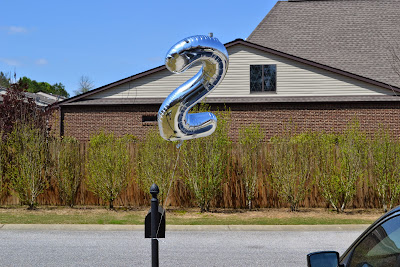 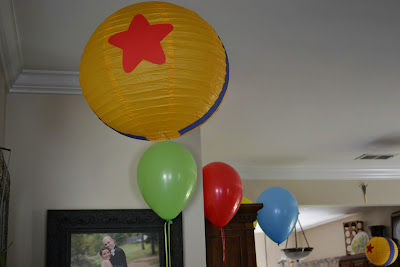 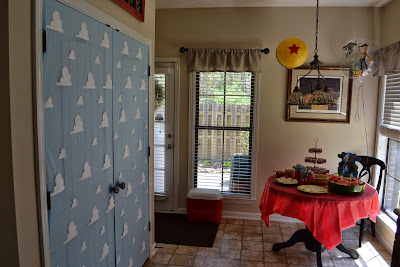 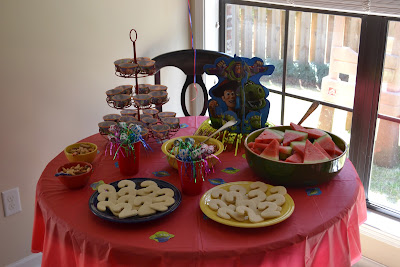 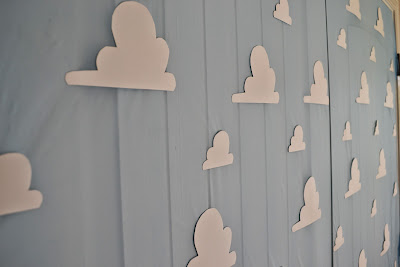 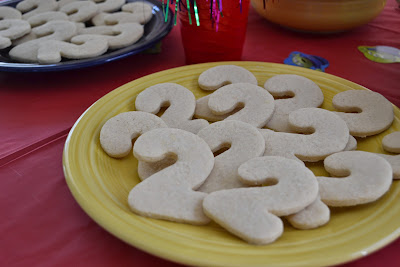 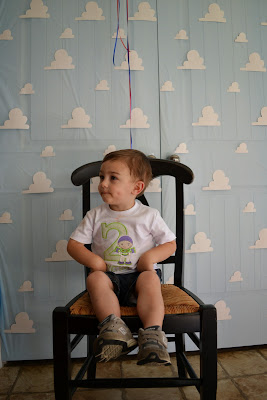 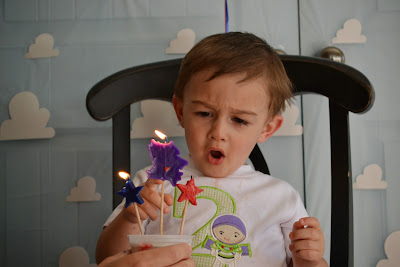 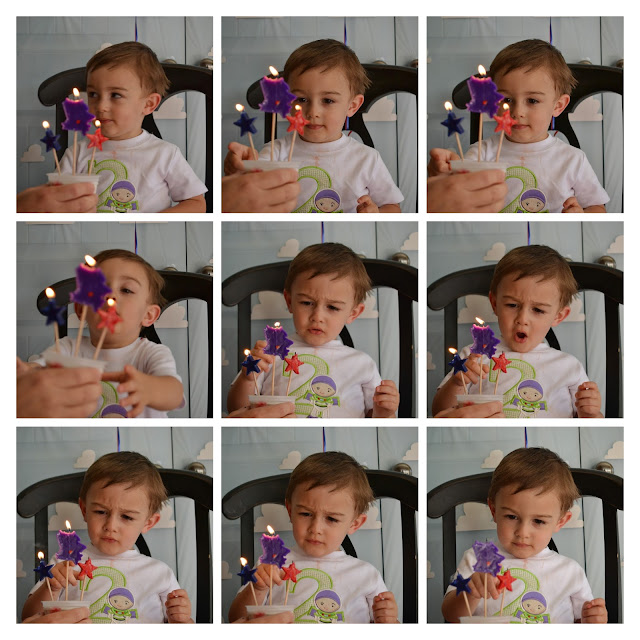 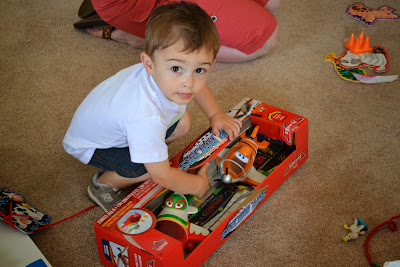 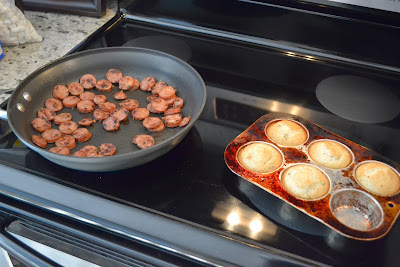 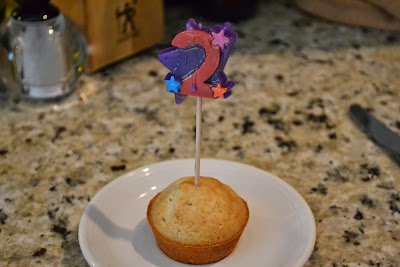 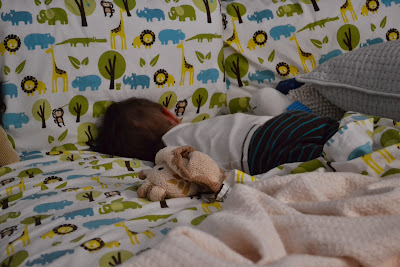 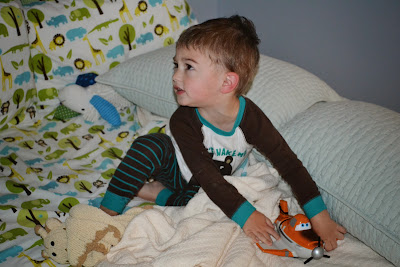 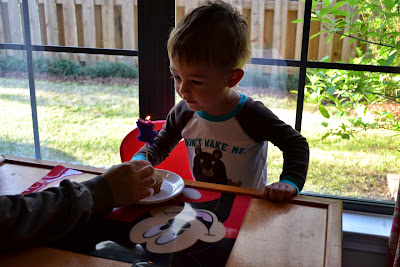 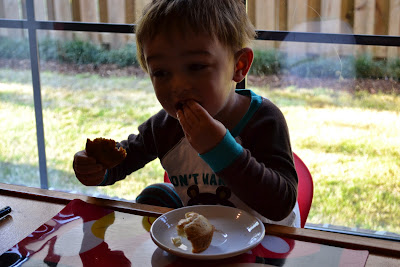 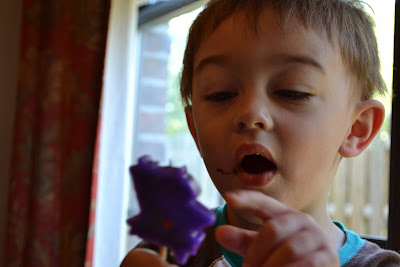 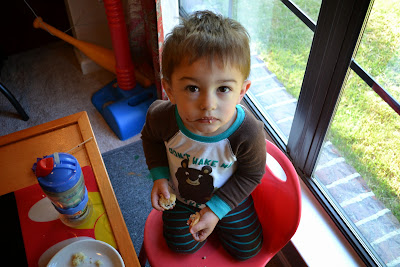 Mickey grows up too!

1. I love how you did the doors with the light blue paper and clouds, and took the Chinese lantern and turned it into the Pixar ball. VERY clever!
2. Emerson is adorable. Just sayin'.
3. Emerson's big boy bedding is also adorable. But not as adorable as he is. Still, I want those sheets.
4. I love the ... what's it called, the moving picture thing.... with him and his two Mickeys.

Give it a couple months, he'll probably sit still for you again. Then you can do 6 months with him until he's 5, and annual ones after that. He might object, though, when he's 15. Eye rolls aboundeth then.

What a cute idea for Emerson's party ~ and I have to agree with cy1229, you did a great job being creative with the decorations. MY first though was where did they find those Pixar balls, and then I realized you must have made them! Those 2 cookies look delicious

He is still such a cutie ~ and I can see from the Mickey picture that taking more frequent pictures of him in the chair might be darn near impossible. cy1229 does have a neat idea of the 6 month photos and then annual ones after that.
Top

love the party decorations!!! it looks like you have a really pretty house too!! Emerson is adorable!!! Enjoy... again it's not long til they're almost a teenager( like my baby)!!
Top

The cookies were very good and were made by a friend of mine from high school. She was actually planning to make the cookies you see below...but right after baking the "2" cookies she pinched a nerve in her arm and pretty much lost her ability to work for over a week. She was very upset, but gave us the un-iced cookies for free. So while we weren't able to use the cookies for decoration (since we didn't have a cake) they tasted good and everyone liked them. 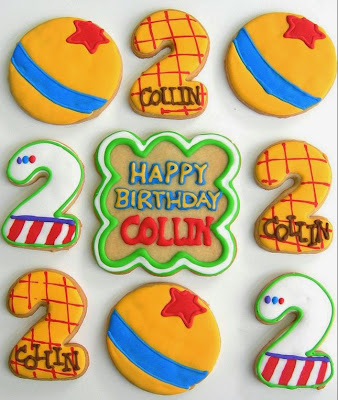