I did another one!

I'm keeping this one as a link (below), as some might not find it so palatable. In fact, I debated sharing it here at all, as I know some like to keep their Disney strictly sweet, but I'm hoping somebody else out there gets the joke and maybe has a chuckle.

The story is: Some friends and I went to EPCOT for the Food & Wine Festival this year, and it was a big mixed bag of seasoned vet's and one guy who hadn't been to EPCOT since he was very young -- So long, that Test Track and Soarin' and Mission Space were all completely new to him. We started off by going around the world, sampling the drinks and foods quite liberally, and by the time we came out of Mexico and headed back toward Future World, our nooby friend decided it was time to see some rides. Now as much as I love Mission Space, we were all stuffed absolutely silly and varying degrees of buzzed, and who wants to sit next to that on their first ride on the only attraction in Disney with built-in barf bags? Nobody, that's who.

We talked him right out of Mission Space and did Living with The Land instead. Fondly remembering the day a couple weeks later, I came up with the design and printed it (my first 3-color print!), thought I'd post here for those who share my affection for Disney and off-color humor.
Top

That's pretty funny bcgm3 ~ smart thinking of y'all to talk him out of riding it in that condition!
Top

bcgm3 wrote:I did another one!
Hence, "Mission Barf" was born.

HAHAHAHAHHAAAA!
I love it. I sent it to my nephews.
Top

Mupsy90 wrote:Finished it today. Its pretty much all I did after work for three days lol. there's some glare in the pictures because I put a glaze on it.

I LOVE this! Great job!
Can't wait to take my twin boys on their first trip to Walt Disney World! Planning on heading there sometime Feb-May 2014!
Top

bcgm3 AWESOME Leota print! I used to do a lot of screen printing a few years back on shirts and skate decks and always gotta give props to people who do the same since I never had the patience to keep that hobby going...I just stick to canvas painting and 3D printing now. Good stuff.
IC-32830 of the 501st Legion
Top

. More where that came from, will be sharing here again.
Top

Mupsy90 wrote:Finished it today. Its pretty much all I did after work for three days lol. there's some glare in the pictures because I put a glaze on it.

I LOVE this! Great job!

Pretty! You did that all freehand? I like it!!
Top

My Granddaughter's 1st Birthday and party is today! I was asked to make Minnie Mouse Rice Krispie treats... it was a 3-night process, first night make the treats, cut them out, put the stick in, and let them harden overnight. Next night was dipping in either white chocolate or dark chocolate and dip in a variety of sprinkles! And last night was making a minnie mouse bow on each one and packaging them up with my customized bag topper and packaged them up! 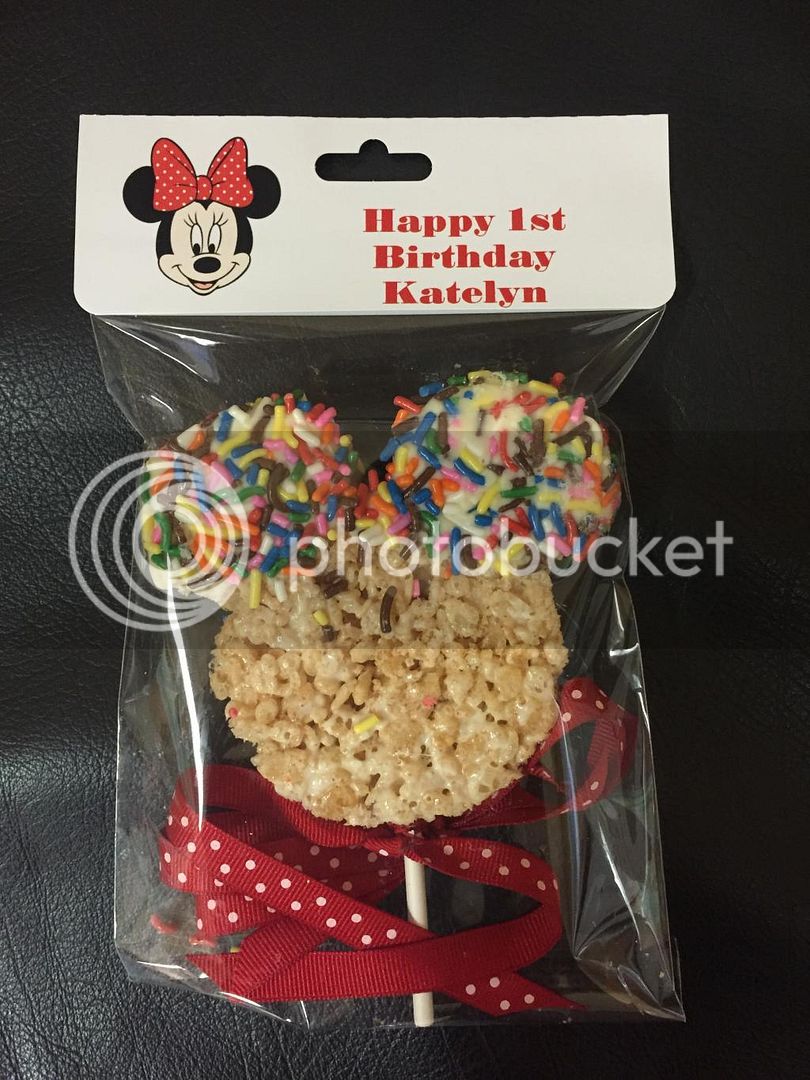 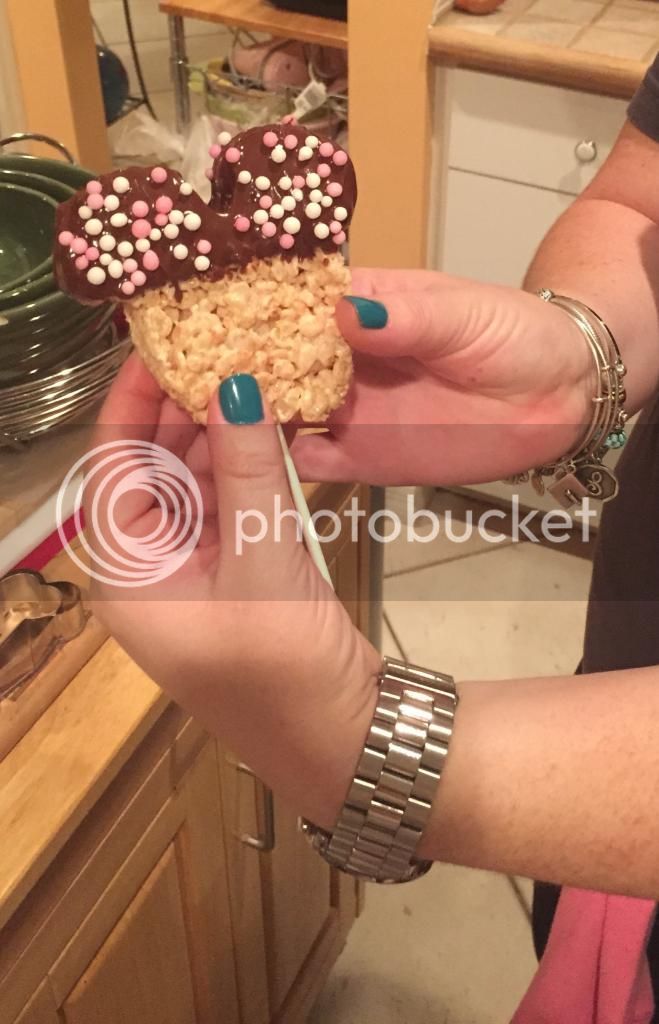 They look great cousininmiami! You did so many different toppings, and they look so cute in their little packages. I really love the little bows

They look great! I love the packaging.
Can't wait to take my twin boys on their first trip to Walt Disney World! Planning on heading there sometime Feb-May 2014!
Top

Oooo, so pretty and delicious looking! What did you use to get the perfect Mickey shapes?
Top

ImagineerWannabe wrote:Oooo, so pretty and delicious looking! What did you use to get the perfect Mickey shapes?

Thanks for all the great comments everyone... I have a Mickey Mouse shape biscuit cutter. Its nice because its about 2" deep, so it works well for thicker cut-outs like Rice Krispie treats! These were fun to do, although very labor and time intensive, I worked on them over 3-nights. But it was well worth it, everyone at the party loved their party favor!
°o° "...it's a great big beautiful tomorrow, shining at the end of every day" °o°

Now that's what I'm talkin' about!!! A true Mayhem Marauder if I've ever seen one!
(sorry, I'm a little late to this party... been M.I.A. from the boards for a while)